The nine-figure, multi-year investment represents a bold and necessary step to ensure people in Fairmont and Marion County have convenient access to WVU Medicine’s broader network of specialty and subspecialty care. The plan, which is subject to state and federal regulatory approval, reasserts Fairmont Medical Center as the primary destination for hospital-based care in all of Marion County.

“When we announced our plan to bring inpatient and emergency room care back to Fairmont, we pledged to make sure we were providing the residents of Marion County with the care they need,” Wright said. “With this expansion, we’re making good on that promise and ensuring Fairmont Medical Center will be here for generations to come.”

The approximately $110 million, multi-phase plan includes patient care expansion, including bringing the total number of inpatient beds up to 80 from its current 42, adding 30 skilled nursing beds, re-operationalizing and renovating the operating rooms and procedure rooms, and adding to the outpatient imaging, laboratory, and infusion services already offered onsite.

The plan also includes infrastructure upgrades to the hospital’s central energy plant, helipad, façade, and roofing, as well as the demolition of structures built in the late 1930s and early 1940s.

The clinic in West Fairmont, which opened on April 5, houses Primary Care; Otolaryngology, including Audiology and Allergy; and lab services.

Today’s announcement was made in conjunction with West Virginia Governor Jim Justice, who applauded WVU Medicine’s leadership and called the proposal a win for the residents of Marion County and for the state.

“Not only are we going to see an increase in the care offered at Fairmont Medical Center, we’re also going to see an increase in jobs with projections for more than 450 additional employees that will need to be hired to work here,” Justice said. “This boost to our state’s economy will also include tax revenue, which we can invest into other much-needed projects in West Virginia. Today is a great day for Marion County and the State of West Virginia.” 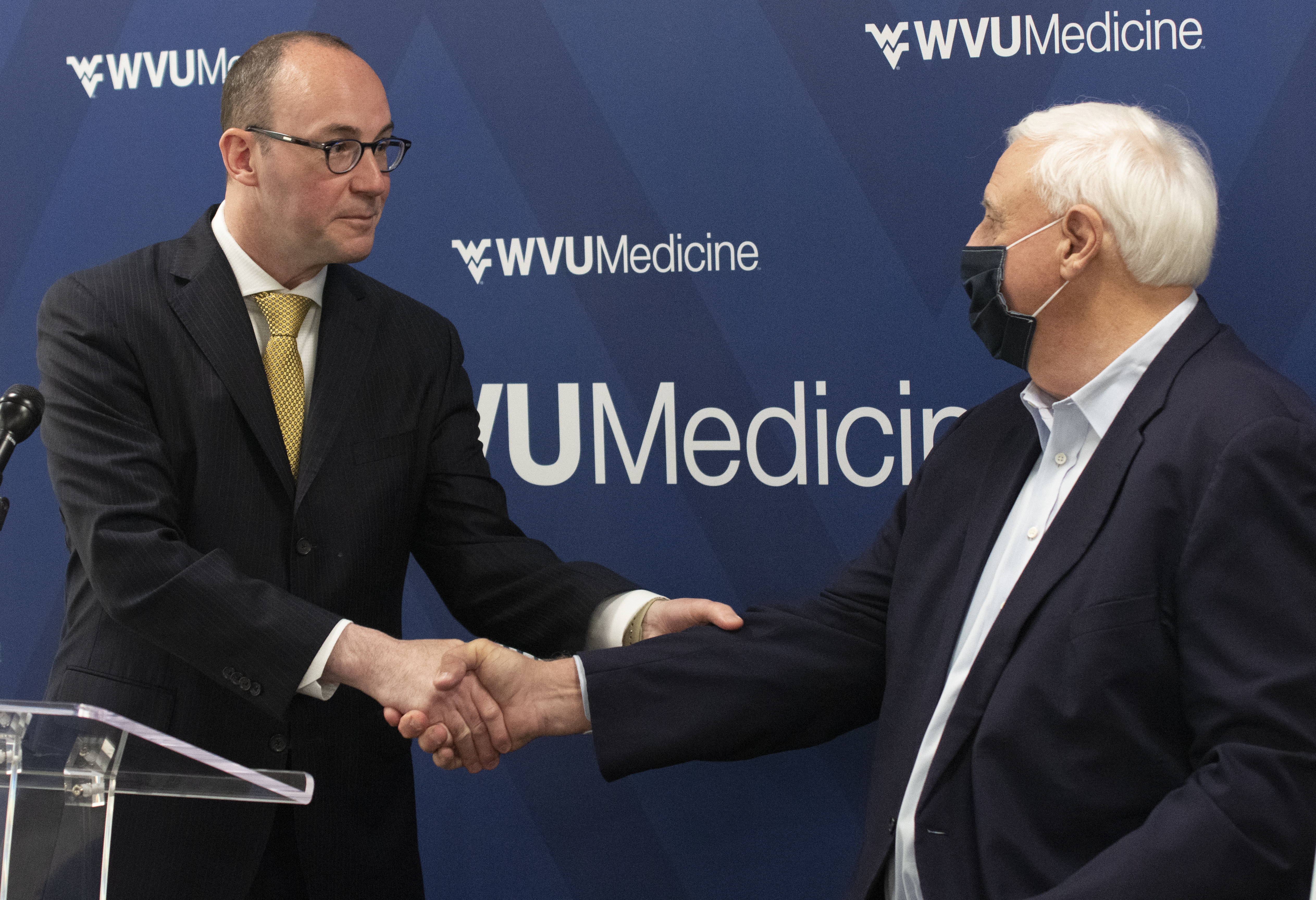