Tex Walton was the kind of patient that folks in the Medical Intensive Care Unit (MICU) at WVU Medicine J.W. Ruby Memorial Hospital will not soon forget.

A hunting enthusiast with an outgoing personality, Walton, of Buckhannon, W.Va., suffered from COVID-19 and passed away in October.

To keep Walton’s memory alive and ensure all patients in the ICUs were able to visit their families virtually while in isolation, his family recently visited Ruby and donated three iPads and five tablets to the unit. They donated similar items to WVU Medicine St. Joseph’s Hospital and United Hospital Center.

“Tex’s daughter, Sheila Perry, reached out to me months ago to share the great appreciation she and her family had for all that we had done for Tex and for them,” Cara E. Hawkins, MSN, RN, CCRN, NE-BC, MICU nurse manager, said. “They were most appreciative of the time they were able to spend with him video chatting during his end of life.”

Walton was admitted to the MICU at Ruby after a three-day admission at St. Joseph's. He spent 10 days in the MICU undergoing a variety of treatments, including self-proning, experimental treatments, and intubations with proning.

“He had lots encouragement from the staff and fought hard,” Hawkins said.

By her own admission, Sheila said the family were very much COVID-19 skeptics and anti-maskers prior to her father’s diagnosis. When Walton first felt the signs of illness, he thought it was a sinus infection and went hunting.

But during Walton’s stay, the family became self-described “COVID advocates" and started to share their story and promote awareness in their community by handing out masks. 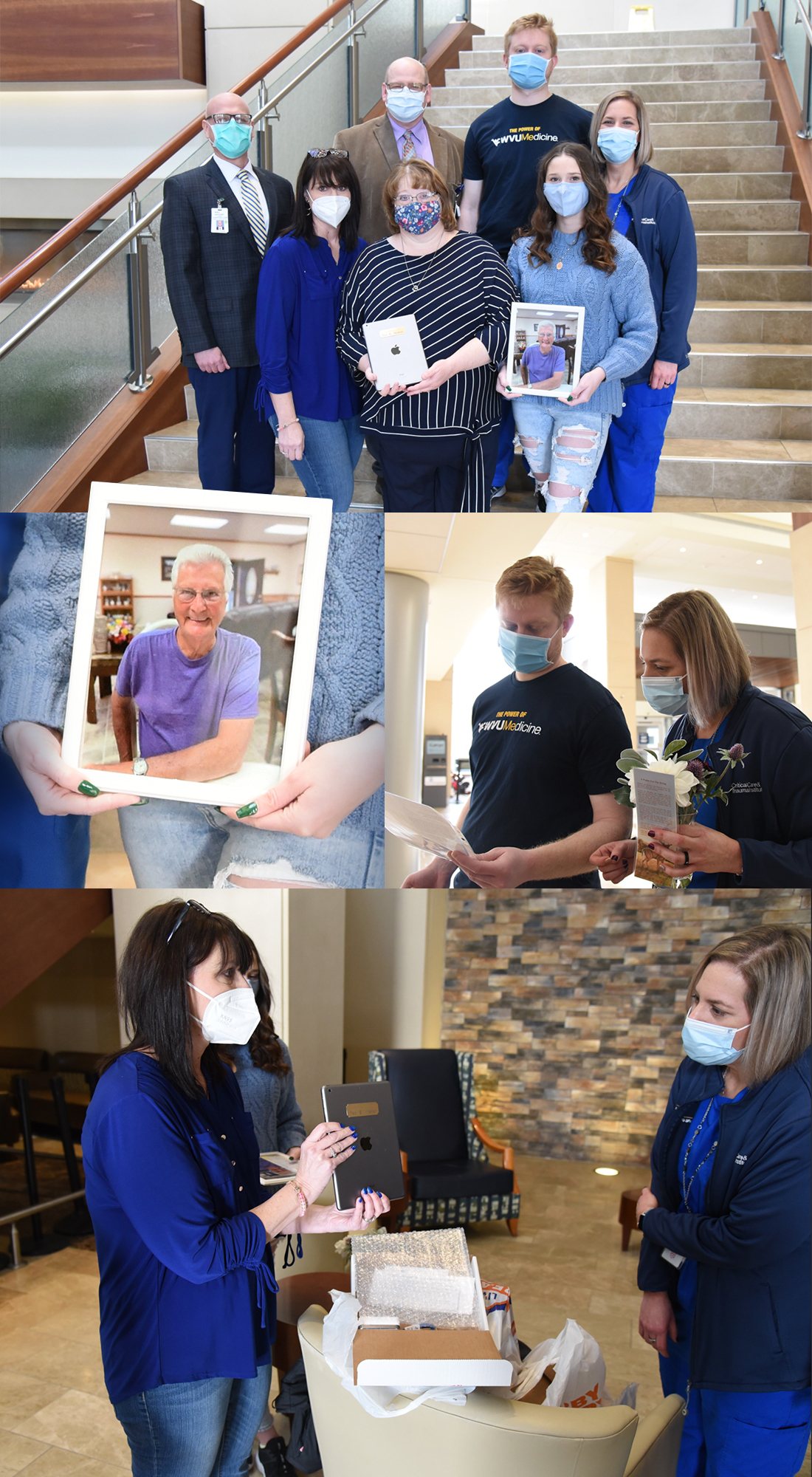